Leaving the Only Job You’ve Ever Had?
Career Change
admin
0

The following article by Caroline Rodrigue may be of interest to those looking for a career change.

Are you interested in making a career change but you’re feeling a bit paralyzed because you’ve never done that before? Like never ever?

If you’ve been in the same job (or with the same organization) for most of your working life, it can be downright scary to consider a job search. And sure, things have changed in the last 10, 20, or 30 years, but that doesn’t mean you can’t

Here are some tips for embracing a first-time job change and how to celebrate your new chapter.

Embracing change, for the first time

You’ve invested a lot of yourself into this one organization because you thought that, perhaps you’ll retire from the desk you’re sitting at right now. But things change and for whatever reason, you’re ready to move on.

The road ahead is unknown, and overcoming social stigmas of what is age- or life-stage appropriate may be challenging, so keep your eyes on the prize and embrace the chance to change it up! An opportunity to reinvent yourself is worth a few ruffled feathers.

Figure out where you want to go END_OF_DOCUMENT_TOKEN_TO_BE_REPLACED

The following article by Kimberley Lawson was published in The New York Times.

Grief is common when you leave a job you love 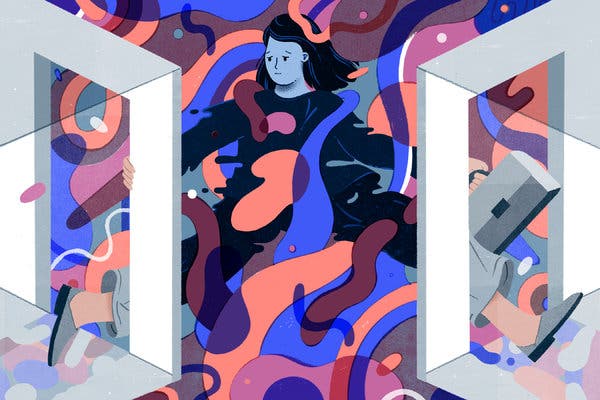 On my last day in the newsroom at a North Carolina alt-weekly, I found myself choking back tears. For the first time in almost a decade, my desk was completely clean. All of my old reporter notebooks, past newspaper editions and sticky notes with scribbled writing on them were in the trash.

At the time, I didn’t think I’d be sad to leave — I chose to quit, after all. But, to my surprise, I did feel as if I’d lost something important, and I felt that way for months, mostly because I never stopped to consider why.

But feelings of grief are common when you leave a workplace you love, said Kim Scott, author of “Radical Candor.”

“Even if you’re moving on to something that you really want to do and it’s the right decision, change is really hard,” Ms Scott said.

She said it’s important to take time, both before you leave a job and after you’ve started a new one, to process these transitions. Dealing with bouts of grief instead of ignoring them can help you better navigate the complex emotions of leaving a job you love and starting fresh somewhere new.

Why do we feel sad when we move on from a job?

For many Americans, identity is tied to work. According to a Gallup poll, more than half of workers in the United States define themselves based on their job and have been doing so consistently since 1989. END_OF_DOCUMENT_TOKEN_TO_BE_REPLACED

A Book Review by Caitlin Williams

Hakala-Ausperk, C. (2017).  Renew Yourself: A Six-Step Plan for More Meaningful Work. Chicago, IL: American Library Association.  129 pages with a 3-page Renewal Plan template and information on accessing a pdf of the Plan online.

END_OF_DOCUMENT_TOKEN_TO_BE_REPLACED

Book Review: What Color Is Your Parachute? A Practical Manual for Job-Hunters and Career-Changers
Book Reviews
admin
0

With more than 10 million copies sold in 28 countries, the world’s most popular job-search book is updated for 2019, tailoring Richard Bolles’s long-trusted guidance with up-to-the-minute information and advice for today’s job-hunters and career-changers.

In today’s complex job-market, the time-tested advice of What Color Is Your Parachute? is needed more than ever.

Recent grads facing a changing economic landscape, workers laid off mid-career, and people searching for an inspiring work-life change all look to career guru Richard N. Bolles for support, encouragement, and advice on which job-hunt strategies work—and which don’t.

This revised edition combines classic elements like the famed Flower Exercise with updated tips on social media and search tactics.

Bolles demystifies the entire job-search process, from writing resumes to interviewing to networking, expertly guiding job-hunters toward their dream job.

The book walks you through every step of the process, from designing your resume to networking and figuring out which careers make sense for your personality style.

Activities and advice to help your clients explore career options and make it happen!

This Toolkit will help your clients: 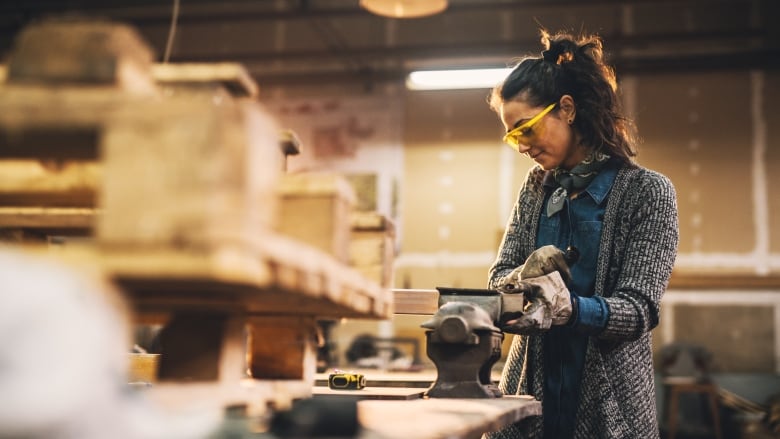 Though those numbers don’t differentiate between job changes and career shifts, the shorter tenures may indicate more career change — or at least the labour market conditions that help support it. END_OF_DOCUMENT_TOKEN_TO_BE_REPLACED

Do you ever have those days when you think, Why did I just do that to myself? or I wish I could get inside my boss’ head and understand what he’s thinking when he sends those emails?

It’s your lucky day, because you can! Well, not exactly—but there’s a little thing called psychology, and plenty of experts are talking about it. They know the scientific reasons why you make certain decisions at work, why you feel stressed or tired some days, and why you succeed, and fail, in your career. And, they know why your colleagues act a certain way, too.

So, do you really want to know just what’s going on in everyone’s brain in your office, including yours? Here are eight TED Talks that’ll shed a lot of light on some pretty typical situations.