The report is based on research conducted by surveys and evaluation of a company’s policies and procedures.

While the report always provides fascinating insights into what makes a company great to work for, this year’s report is especially interesting, given the disruption to all industries due to COVID-19. The organisations in this report have continued to demonstrate excellent leadership and care for their employees in the most trying of times.

The report is sectioned into three different categories based on size: 1,000 or more employees, 100– 999 employees, and 100 or fewer employees.

The average company with over 1,000 employees is around 35 years old, with majority being in the public sector (80%), and 20% private. Around 90% off staff are employed on a full-time basis. Revenue growth for these smaller companies is 36%.

With a staff of 1,330, first place goes to worldwide technology leader Cisco Systems Australia, who develop tech equipment for consumers and other businesses. Cisco takes pride in a culture that promotes and encourages personal and professional development.

Here are the top 5 for companies with 1,000 or more employees:

First place goes to multi-service IT provider, Interactive — Australia’s largest privately owned IT company. The report says that during COVID-19, Interactive were dedicated to replicating people’s experiences in a physical office in a way that translates to remote working.

The average company with fewer than 100 employees is around 21 years old — 80% of these are in the private sector and around 85% off staff are employed on a full-time basis. Revenue growth for these smaller companies is a whopping 71%.

The top spot went to SC Johnson & Son, an American company with an Australian team of just 54 people. Their mission is ‘to develop and market products that are environmentally sound and do not endanger the health and safety of consumers and users’.

Here are the top 5 companies with 100 or fewer employees:

You can view the full top 100 here or download the full report.

Remember that moment when the school careers adviser leant over the desk and asked: “So what are you planning to do next?”

It’s a daunting decision when you’re 17.

A university degree costs tens of thousands of pounds, although the evidence suggests it can boost your earning potential later.

On the other hand, an apprenticeship lets you earn as you learn, but life gets serious pretty fast.

Apprenticeships are shaking off a reputation for low-paid drudgery and there are more higher-level apprenticeships coming on stream. But competition for the best opportunities is as fierce as it is for the top university places.

So if you’re leaving school, does it make sense to aim for one of those coveted places? Or are you missing out if you don’t go for the campus experience? Recent apprentices and graduates have shared their experiences with us.

When Matt Carpenter left school at 17, a lot of his classmates were aiming for university. He could have joined them.

“I was the only person in my class who didn’t go,” he says.

Instead, he took up a three-year apprenticeship with the Merchant Navy, spending half his time at college and half his time at sea on oil and gas tankers, passenger ships and bulk carriers.

“School was very, very anti-apprenticeship – even when I had the place, they were very against it. Up until the last day, they were still asking, ‘Do you really want to do this?'”

He admits the social life didn’t compare to what his friends were up to, though. “When you’re at sea, you’re quite cut off. There’s no internet. You’re working every day.”

Amy De Friend, 25, did a degree in fashion promotion and communication. She now works in recruitment, but doesn’t regret her decision to study first.

And at the end of the three years, she discovered that to get into the fashion industry, she would still have to take unpaid internships. So she worked for Carphone Warehouse instead.

Amy accepts she could probably have got the recruitment job she’s in now without a degree.

“I wouldn’t say it was a waste of time,” she says. “The experience I had was fantastic, it helped me develop as a person.”

At university, Amy joined a diving club and qualified as an instructor, something she wouldn’t otherwise have tried.

“I don’t think it’s all about getting a job. It’s about what you gain from the experience. It made me who I am.”

‘I was itching to start work’

Nick Martin, 20, has just been head-hunted for a £22,500-a-year job in sales. He puts that down to his work experience as an apprentice with a telephone networking equipment company.

“Before I got my last job, I went through a lot of interviews. Every single agency and company loved the fact I had done an apprenticeship, because it shows you know what it’s like in a fast-paced office environment.”

The apprenticeship scheme he joined was new and he felt he was a “guinea pig”, often left to get on with things unsupervised, which meant a lot of responsibility very quickly.

“By the time most people my age come out of uni, I’ll have had three to five years’ experience. On the flipside, I haven’t spent that time getting the extra qualifications.”

“At the time, I didn’t have doubts. Now, to be honest, I think about it a bit more. The main reason for that is a bit of ‘Fomo’ – fear of missing out – missing out on the social aspect of being at uni. You get to live in halls or housing with flatmates. I’m still living at home.”

Then there’s the snobbery. “I still get that feeling from some people – people I know who are at uni who think they’re better – there can be a smugness. But there’s nothing guaranteed. They’ll have a degree, but they’ll still have to find a job, which is hard.”

‘To learn about something I loved was brilliant’

Jenny Willbourn, 29, joined engineering firm Atkins after gaining undergraduate and post-graduate degrees in geography. The firm has a well-established apprenticeship programme, but she says that wouldn’t have been the right route for her.

“I believe there’s something valuable in academic study – the opportunity to understand a particular area of knowledge.”

“To push your communication skills is one thing, but to critically evaluate – that’s a skill that university teaches. I value that as second to none.”

She works in a highly specialised team at Atkins looking at spatial data, including mapping the locations of badgers and bats as part of the HS2 planning process.

“I needed a degree to tell me what the options were and give me the skills I now have. For me, the ability to hone my skills at an academic level was very important.”

But above all, she enjoyed the experience: “To learn about something I loved was brilliant.”

‘I feel really proud of myself’

Joy Shepheard-Walwyn, 19, had a place at Durham University to study philosophy and Russian. She rejected it in favour of a management consultancy apprenticeship with accountancy firm PwC.

Moving to Leeds on her own just a few days after her 18th birthday was nerve-racking, she says. But PwC has helped provide a community for her in and out of work. She’s joined the firm’s netball team and teaches English to refugees. She loves the work, managing change in the public sector, adult social care, local government and schools.

“I feel really proud of myself in terms of what I’ve achieved.”

She thinks university can be about putting off adult life a little longer. “My friends are out partying a lot, but I’m earning a salary.”

“I don’t feel I missed out. I just went it about it a different way.”

While UK employment is at record levels, there are still millions of people across the country who have never had a paid job reports the Office of National Statistics

Around 3.6 million adults in the UK have never been paid for work, analysis has shown.

Young people aged 16 to 24 years represent most of the population who have never had a paid job – 71% including students. Even excluding those in full-time study, more than half of people who have never carried out paid work are aged under 30 years (52%). END_OF_DOCUMENT_TOKEN_TO_BE_REPLACED

The BBC reports that accountancy giant PwC has launched a scheme that allows some new recruits to work the hours they want.

The Flexible Talent Network allows people to list their skills and preferred work pattern when they apply. 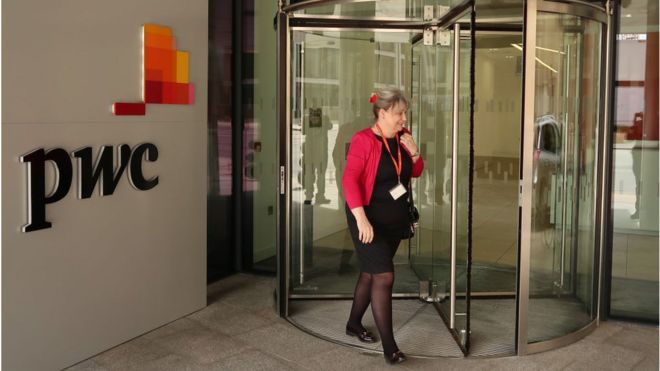 PwC says the aim is to attract skilled people who don’t want to be tied to traditional 9-to-5 hours.

Flexible working patterns can include anything from shorter weekly working hours, to only working for a few months a year.

PwC, which will match recruits to relevant projects rather than specific roles, hopes the move will give more diverse talent a route into the firm.

PwC, one of the so-called Big Four accountancy giants, said that it decided to embrace the gig economy after a study it carried out showed that almost 46% of 2,000 respondents prioritised flexible working hours and a good work-life balance the most when choosing a job.

So far, more than 2,000 people have registered with the new network in the two weeks since the initiative was launched.

Apart from the flexible working scheme, PwC is also recruiting for its six-month paid senior internship programme Back to Business, which is designed to help senior professionals to restart their career after an extended break. END_OF_DOCUMENT_TOKEN_TO_BE_REPLACED

It predicts that the overall population will increase at a faster rate than the workforce for the first time in half a century, signalling long-term changes to the economy.

An estimated 710,000 extra workers will be needed in the health and social care sector, based on there being an anticipated further two million over-65s in the UK by 2025, the report stated. Assuming this demand is met through the forecasted workforce growth, only 110,000 additional workers will be available to fill the demand of all other industries.

Age demographics in the workforce will also be impacted. Over the next eight years there will be 300,000 fewer workers under the age of 30 and one million more over-50s in the UK as a result of falling net migration and ageing Baby Boomers, the report found. London, whose economy is reliant upon young and migrant workers, will be particularly adversely affected. The report forecasts that London’s under-30s worker population will fall by 25%, while over-50s will increase by 25%.  END_OF_DOCUMENT_TOKEN_TO_BE_REPLACED